« Rise of the Continents review

ProdID: 5574 - Science and Survival
Performed by I Am Giant 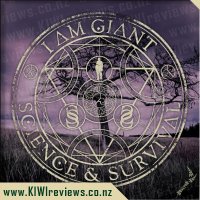 Science & Survival is the highly anticipated follow up to I Am Giant's Gold selling debut The Horrifying Truth. The band recorded in France and London, mixed in Melbourne, and mastered in New York making it a true international effort. Co-produced by Forrester Saville (Karnivool, Dead Letter Circus, Helmut), bassist Paul Matthews and drummer Shelton Woolright.

Tags:
i am giant   nzmade   science and survival

The Music of Henry Mancini
Rating: 8.8

Big things were expected from this album, after the huge popularity of I Am Giant's debut album 'The Horrifying Truth'. I was lucky enough to have been invited along to the advanced listening party held by Sony Music NZ and the drummer Shelton Woolright.

This album features a lot of influences from France, where the album was recorded; whether through the use of bells recorded on an iPhone, and the french language used in it's interludes. The bells start off the album, and are quickly overtaken by a very catchy opening riff from 'Echo From the Gallows'. One of my favourite tracks from the album, it hits all the right notes, providing a balanced mix of tranquility and power, from the guitar and vocals.

This is followed by 'Razor Wire Reality' and 'Death Of You', both of which had been released prior, as singles. Throughout these songs, you can clearly see a shift has been made in the style of I Am Giant, with a movement towards the heavier music.

The addition of 'Transmission' was very much a great thing. The second song that they had ever written together as a band, 'Transmission' has sat on the back burners for over 4 long years. It has barley been changed since its creation, so this song imbibes all of the energy that I have come to know and love from Ed's vocal style. 'Transmission' holds a touch of nostalgia for me, and would be another definite favourite.

The album from here, becomes quite new and different, unlike the first half was familiar. 'Out of Date Hallucination' is full of energy, and has a lot more of a positive feel to the vocal sound. One of the "poppier" songs of the album, I wouldn't be surprised to hear it feature on a wider range of radio stations. 'Hallucination' is followed by one of the heaviest songs in the album. Very powerful, staccato guitar riff opens the song, but eventually smooths out into the song.

'Dragging the Slow Dance Out' is a slow song, which would serve as a great instrumental if the vocals were absent. A slow, sensual melody, that almost doesn't fit in withe the dark, heaviness of the majority of this album. After the last Interlude, we come to 'Minefields', which is has a rather strange choice in notes. Almost coming off awkward, this track is a lot more of a fun jamming session between the guitar and drums, pushing the boundaries of what is acceptable for a mainstream song. Enjoyable, but odd.

The chorus of 'Standing In The Sun (And I Like The View)' has a slight Coldplay tinge to it, but is overall a good song. The album is closed with 'Bought With Ignorance. Sold With Arrogance'. This epic song, clocks in at 12:29 in length, and seems to be almost an amalgamation of 3 different songs, ending with the same bells that chimed in beginning of the album, bringing us back full circle.

Overall, the album is a journey, with one song seamlessly merging into the next; mixed to be heard from start to end. A fitting sophomore album, that has already produced 3 popular singles from its loins.

In 1973 David Bowie, then known under the stage name of Ziggy Stardust, and his band The Spiders from Mars, put on a live performance. This is the story behind that concert.

Filled with classics such as 'Ziggy Stardust', Changes, Space Oddity (Major Tom) and Suffragette City, this DVD is a must-have part of any good music collection.