« Peter Rabbit: Catch Me if You Can review 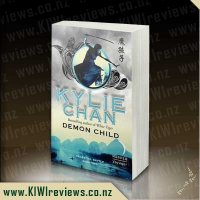 The thrilling follow up to Dark Serpent. War with hell looms and the cruel demons could gain control of everything. Emma Donahoe has faced down threats to her loved ones and never given up the fight.

But as the demons close in, she faces a new danger - John's love for her could lead to her complete annihilation. As battles rage for control of Heaven and Earth, she must fight her own war to retain her independence as her identity is absorbed into the man she loves.

The Roses of Roazon
Rating: 9.0

Gentle Reader, this is the eighth book in this story. Although you can choose to start here, you may find it more rewarding to read the story from the beginning with the first novel, White Tiger. This is the first thing I read and thought "cool it can be picked up from book eight with no worries... yeah right!"

I found this book so totally confusing, was lost a lot of the time and unsure what was actually occurring. Its a long read with 406 pages and small writing so felt like a 10,000 words per page. It took me just over five days to read and a couple of times had to reread some pages to try and work out what was happening. I am sure if you have read the previous book it is a fantastic adventurous fast paced book, but if you are reading for the first time it is hard. After finishing I went back and reread the first couple of chapters - which made way more sense second time around.

It wasn't until the third chapter that I decided to read the character synopsis and this helped me out greatly. For the first couple of pages they are talking to Tiger and I assumed it was just his name had no real idea that it was in fact a Tiger. It is rather confusing because there are a lot of characters. Some are animals and some are people with animals inside of them like John who is part Snake and Turtle. Then when it comes to communicating they can do the normal way or they can speak thru each others minds. So you have to keep adjusting and trying to work out what they are, who they are, who are they talking to (because a lot of the time they could be talking to someone in front of them and then talking to someone else miles away) - weird!

There was also the aspect that Emma would have vivid dreams and so you were dealing with that as well. I was utterly confused - one minute she was dreaming about her unborn foetus and then the next she was saying John's feet had been cut off - I assumed it was still a dream and wasn't till read a page and a half realised it had in fact happened and it wasn't till near the end that I realised that the Serpent part of him was actually captured by the Demons.

I think if you have read previous books this all would make complete sense to the reader but because I am knew I just didn't know my left hand from my right. I felt like I had missed primary and intermediate school and woke up suddenly going to High School. There was no character or scenery explanations (but I guess this has happened in the past). I did not find a lot was explained, and don't even get me started with the various wars - I was just so lost as they were either in there celestial body or human form but then there were talking to people in hell as well as fighting, terribly confusing.

Don't get me wrong did enjoy and am very curious about the other books but I was just so confused. Still don't know what to make about the Turtle having sex with Emma - the build up carried on for so long and then while reading it, I don't know I was just LOST.

Penny is a lonely little girl who gazes out of her window at night and pretends that the stars are her friends. Then, one night, a shooting star lands in her garden.

Together, they chase the quietness away, and fill the night with giggle and bounce. They even share a secret or two.Before too long, Little Star has to return to the sky - with Pennyâ ™s help.