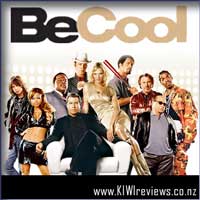 John Travolta reprises his role as Chili Palmer in this sequel to Get Shorty. Palmer, a Miami loan shark who wanted to become a film producer, realises the movie business isn't all it's cracked up to be. So he becomes the manager of an aspiring singer, and in his usual style ends up trying to avoid dealing with the Russian mafia.

I didn't really watch Get Shorty all the way through. And only really went to see this movie because my husband wanted to see it. The trailer looked good though and the cast is pretty well studded with stars. So with a little hope in my heart, I went along to watch.

I found this film to be quite good. A bit of action for the boys, and some clever lines. I'm not the biggest fan of Travolta but I could handle watching him in this. I liked the cool, calm head on his character.

Dwayne Johnson (The Rock) did steal the show a bit for me though. His character was just so different to anything else I had seen him play. This was by far the most impressive performance from him that we had seen. For that alone I would pay to see the movie again.

i saw get shorty and thought it was really funny so figured the sequel couldnt have been too bad. i was wrong. this movie was total cringe and hide-under-the-seat material. i was really disappointed. seeing the rock pretending to be a gay cowboy pretending to be straight was really really painful. i had to close my eyes and cover my face at a few points it was so bad.

With famous faces spilling out all over the place, cameos galore, and being the sequel to one of my favourite hollywood spoofs, Get Shorty, this looked like just the bucket of soapy frogs for the mood I was in. I was feeling the need for a bit of escape from the 'real' world for a few hours, and sitting in a crowded theatre and getting lost in some comedy sounded like the best bet.

I arrived with my wheelchair-bound friend in tow, and we parked ourselves in the best seats in the house, kindly reserved by one of the cinema staff. The adverts had been running for a few minutes, so we didn't have long to wait for the feature to begin.

Full of self-aimed commentary such as "Hey, I'm not a musician who just pops up in movies..." and "It was my weakness. I never should have gotten talked into doing a sequel. They just don't work..." (pardon the paraphrasing), this movie was obviously taking the piss out of itself as well as every hollywood box-office hit it could. And well it should, as it transpired.

I found the on-screen chemistry between John travolta and Uma Thurman, not-at-all-coincidentally themed along the same lines as their 1994 hit, Pulp Fiction, to be a great touch. One of the VERY few highlights of an otherwise dreary and painfully bad movie. I think they got the title wrong. The last 2 letters should have been replaced with 'RNY' instead.

The only other highlight would have to be the singing of Christina Milian, currently a recording artist with DefJam Records, who you might remember as Nina from the 2004 action flick, Torque - the motorcycle version of The Fast And The Furious. She does a wonderful rendition of Aerosmith's "Cryin" filmed during a real Aerosmith concert in Boston. (It took three takes to get all the footage required to fill in the movie scenes... three complete performances of the same song, back to back!)

Overall, I found myself sitting there with my eyes covered, rocking gently whispering 'I am in my warm, happy place..." repeatedly far more than actually watching the movie. -shudder- NOT going to make it onto my DVD shelf... no no no.

In a future world devastated by disease, a convict is sent back in time to gather information about the man-made virus that wiped out most of the human population on the planet.