Home > Categories > Movies > Comedy > A Case of You review 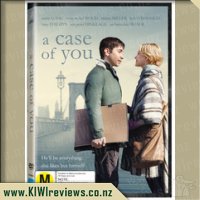 A Case of You product reviews

Young writer Sam (Justin Long - He's Just Not That Into You) has a crush on Birdie (Evan Rachel Wood - The Wrestler), the cute and quirky barista at his local coffee shop. When his conventional attempts to woo her crash and burn, he takes his efforts online, creating an Internet profile embellished with all of the details that would make him Birdie's dream guy: ballroom dancing, rock climbing - a seemingly endless, escalating series of wacky and unlikely hobbies. When the harebrained scheme is a surprise success and Birdie falls for his exaggerated alter ego, Sam must keep up the act or lose his dream girl forever.

A typical type love story I really enjoyed watching this film, and although many would rate it "a girly movie" or "chick flick" my hubby didn't mind watching it either. Sure it wouldn't have been his first pick from a list but just the fact he did happily watch it says a lot. This film catches you from the first moment it starts - the mix of scenery and music is what does it I think - it even captured my 7month old girls attention (the music) and had her attention until it stopped/moved on to talking.

Such a typical boy meets girl movie this was a nice laid back watch with some good laughs in there too - not laugh out loud uncontrollable laughs but decent laughs all the same. Sam try's to woo Birdie after seeing/meeting her in the local coffee shop that he visits every day. Trying to "win" her over, he studies her Facebook profile and makes up stuff about himself. Which in the short term does work but then becomes quite a mission keeping the act up. Sam comes pretty close to loosing his dream girl for making up all sorts of stuff but eventually love wins over and it all works out.

The acting of all the characters is good and held my attention throughout - it wasn't long before I was captivated and felt myself amongst the movie. I would pay to see this movie again that's for sure so I definitely recommend this to others

Fences is the story of Troy Maxson (Denzel Washington), a mid-century Pittsburgh sanitation worker who once dreamed of a baseball career, but was too old when the major leagues began admitting black players. He tries to be a good ... more...