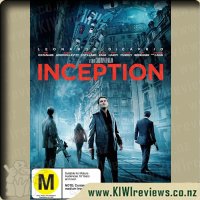 Your Mind Is The Scene Of The Crime

Dom Cobb (Leonardo DiCaprio) is a skilled thief, the absolute best in the dangerous art of extraction: stealing valuable secrets from deep within the subconscious during the dream state when the mind is at its most vulnerable. Cobb's rare ability has made him a coveted player in this treacherous new world of corporate espionage, but it has also made him an international fugitive and cost him everything he has ever loved.

Now Cobb is being offered a chance at redemption. One last job could give him his life back but only if he can accomplish the impossible -Inception. Instead of the perfect heist, Cobb and his team of specialists have to pull off the reverse; their task is not to steal an idea but to plant one. If they succeed, it could be the perfect crime. But no amount of careful planning or expertise can prepare the team for the dangerous enemy that seems to predict their every move. An enemy that only Cobb could have seen coming.

This summer, your mind is the scene of the crime.

This is one of those movies that, like Avatar, was wildly overhyped. I enjoyed the general concept of being able to enter a persons dreams to extract information, even the idea of being able to implant ideas to 'correct' a persons actions is a pretty convincing 'future technology'. But the way in which this film works, is far too fast paced for it to be effective.

I found that it was a very difficult film to follow. I am aware that it is meant to be a difficult film to understand, but when you reach the point that you are completely lost, you stop enjoying the film. Convoluted and fast pace do not go together very well. Combined with a bunch of characters that I couldn't empathise with, led to me not really care how the film ended; I just wanted it to finish.

I was really disappointed by this film, and despite Leonardo DiCaprio being cast, he didn't manage to get me engaged in this movie. There was not enough back story on the characters for me to want them to succeed. Were they the good guys? Or the bad guys? I wouldn't have a clue, and I don't really need to find out.

I got given this on DVD as a birthday present, had I watched it on DVD first I would have enjoyed it but not owned it.

The theme of dreams and what you could do within those dreams or what someone else could do within your dreams is a fascinating topic to say the least, it's well done and for me as such an interesting topic I was curious to see where they would take it. The plot is also really well done as there are several twists and even though you know what's coming next, you still jump about it when it does. It's a rapid storyline - the story moves fast from one scene to another, making the viewers feel like on a roller coaster ride. At times, it's hard to keep up, even after watching it several times.

In conclusion, its theme is fascinating but its delivery is not without room for improvement.

A family whose suburban home is haunted by evil forces must come together to rescue their youngest daughter after the apparitions take her captive.