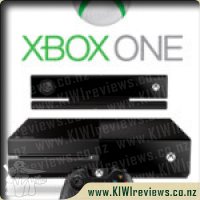 Games look and feel like real life: Immerse yourself in cinematic worlds that look like real life, with characters that feel more human. Thanks to advanced AI technology and the processing power of Xbox One, game worlds come alive. The unique architecture of Xbox One allows creators to build realistic, cinematic experiences in high fidelity.

Smarter Matchmaking: You no longer have to wait in lobbies while a multiplayer match is found. Feel free to play a game, watch TV, or listen to music while Xbox Live finds your perfect match. Then you can jump in instantly. And thanks to the power of the cloud, your favourite matches are always running behind the scenes.

Jump around: Jump back and forth between a game, TV, music and apps instantly and effortlessly. With no need to back out of one experience before you jump to another.

Split your screen, not your time: Chat with a friend on Skype while watching the match at the same time..On the same screen.

Home Screen: The custom-tailored experience of Xbox One starts at Home. From the moment you say "Xbox One" you'll be welcomed by a personalised Home screen with all your favourite games, apps and content. You can pin movies, music and more for instant access. So that the things you love most are right where you want them.

Having been an Xbox fan for a long time...moving to an Xbox One was a logical step...and one well worth taking, from the seamless operating system to the gorgeous graphics, the Xbox One really delivers. The controllers have evolved from the 360 becoming vastly .ore ergonomic and better for extended gaming sessions, improved sensitivity and better layout has made using the controller a pleasure, the triggers are fluid in motion and provide just enough resistance for racing games and so forth.

Ease of set up means the console will be working within minutes of unpackaging, here is where you will want a good Internet connection as it downloads the latest updates, this depends entirely on your connection speeds. As with anything cable connection will provide superior results but the inbuilt WiFi is well equipped. Massive range of available games with more constantly being released as well as backwards compatibility with some 360 titles coming soon.

In total Xbox for me was a logical choice, and for the smart gamer, or even the recreational family...the features are non stop from integration of entire media systems to physical fitness instruction readily available via kinect fitness...no one is left out of the fun. Microsoft offers a full online service both free and subscription with a great range of games and apps to suit any tastes.

As a big Xbox fan I was super pumped to hear about the announcement of the Xbox One. I pre ordered it, even went to the midnight launch and played all night. I was not disappointed.

This review will be about what the Xbox One as it is today, it did have a bit of a choppy start with the miscommunication between Microsoft and its fans about the "always on" and disk sharing.

Let's start with the consoles appearance, a jet black box with half of it being vents. To be honest I love it, really suits my TV unit set up. It has the usual connections, USB, WIFI, etc but one feature that is awesome (at least in the USA) is the HDMI in to use with your TV set top box, sadly not usable in New Zealand at this stage.

Though I don't usually use the Kinect for much, I am happy I have it. Voice commands are not currently active for New Zealand. There is a work around, change your console country to Australia and voice commands work! I love them, use them to sign in, change between games/apps and my favourite, "Xbox record that" which leads on to my next favourite feature...DVR. Record any game clips and edit them then upload it for the world to see!

The Xbox 360's controller is considered the best controller of all time and I agreed until the Xbox One Controller, its is fixed the few things like the bulging battery pack and the fussy D-pad. they also added some awesome new features, like impulse triggers. in the triggers there is a slight vibration to give a "realistic" feeling when you fire a gun, or drive a car.

Microsoft is constantly updating the console with new features and fixing little bugs here and there.

In 2047, Tiberium has blanketed the Earth, which is now divided into zones based on the level of Tiberium infestation. The infamous Kane has returned to lead the Brotherhood of Nod in a massive global assault on the Global Defence Initiative and the few remaining Blue zones left on the planet. Only you can stop him. The fate of humanity - and the planet - is in your hands...