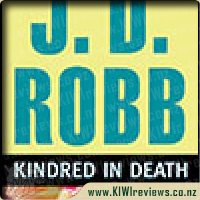 When the newly promoted captain of the NYPSD and his wife return a day early from their vacation, they were looking forward to spending time with their bright and vivacious sixteen-year-old daughter who had stayed behind.

Not even their worst nightmares could have prepared them for the crime scene that awaited them instead. Brutally murdered in her bedroom, Deena's body showed signs of trauma that horrified even the toughest of cops; including our own Lieutenant Eve Dallas, who was specifically requested by the captain to investigate.

When the evidence starts to pile up, Dallas and her team think they are about to arrest their perpetrator; little do they know yet that someone has gone to great lengths to tease and taunt them by using a variety of identities. Overconfidence can lead to careless mistakes. But for Dallas, one mistake might be all she needs to bring justice

A Day at the Animal Airport
Rating: 10.0

Eve Dallas is called up and told that she has been specifically picked to lead the investigation into the murder of a police officers sixteen year old daughter. What she finds is a case where the young girl was wooed and when her parents were away she was repeatedly abused and then murdered. As they investigate they learn that the daughter was simply used to hurt the father.

This wasn't a hugely wonderful book, but I felt it was a nice pace and decent plot after the previous two books (which I didn't really enjoy that much). It took a little bit of figuring out to work out who the killer was and what their aim was. But it was still a good read.

There wasn't too much in the way of other characters but we did have the wedding of two of our characters, which while it created a nice interlude and great 'why the heck am I doing this' moments from Eve, it could have been done quite a bit better.

Where the best of the best take to the skies...

Hidden in the Nevada desert is America's most advanced aerospace-weapons testing facility. Dreamland is the place where the nation's top minds come to develop artillery and aircraft that push beyond the cutting edge. And where the Air Force's top guns come to test them - on the front lines of a new era in warfare...

But the fiasco of a spy's infiltration has ... more...