ProdID: 3847 - Behind the Sun
Written by Deborah Challinor 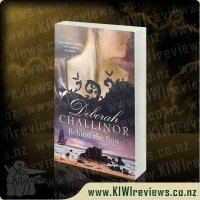 Behind the Sun product reviews

On the voyage to New South Wales their friendship becomes an unbreakable bond - but there are others on board who will change their lives forever. Friday makes an implacable enemy of Bella Jackson, a vicious woman whose power seems undiminished by her arrest and transportation, while Harriet is taken under the wing of an idealistic doctor, James Downey. Rachel catches the eye of a sinister passenger with more than honour on his mind, whose brutal assault leaves her life hanging in the balance.

When they finally arrive on the other side of the world, they are confined to the grim and overcrowded Parramatta Female Factory. But worse is to come as the threat of separation looms. In the land behind the sun, the only thing they have is each other ...

I thoroughly enjoyed this book which surprised me as I generally do not read such period novels mainly because the language of the time the 1820's in this case makes for harder reading and some of which I do not understand. This book was however easy to read although there was some terminology used that was foreign to me, mostly names of food or illnesses, or items of clothing. Even without knowing what these things were it was easy to read between the lines and make sense of what was going on.

Based in the 1820's in England four very different girls are arrested and sent to the Gaol in Newcastle, despite being very different they all form a very unlikely friendship and are all sentenced to transportation to New South Wales in Australia where they will serve out their sentences by being assigned as servants to people living in Sydney Town. I did not know of this history of convicts being sent to Australia in this time so found it really interesting and would find it highly interesting to find out more about it.

At the end of the book the author does touch a bit on the history and mentions other books that also speak of it which I think would be really interesting to read. There were also names used in the story that were familiar to me like that of the missionary Samuel Marsden who I know also has a place in shaping early New Zealand History so I found this really interesting.

Reading stories from this time always make me think and wonder where my ancestry may have stemmed from. I think this time must have been hard to live in without modern medicine and with the stiff social classes and inequality. I would love to know where my family began I know my grandfather used to look into genealogy but it is nothing I have ever known about so it would be fascinating to delve into this. Also I know my partner's roots come from Australia so it would be interesting to know whether there were convicts sent from England in the history or perhaps children born from this.

The storyline was so fascinating and completely action packed it was hard to put the book down as it never seemed an appropriate place to stop reading. I read the book from cover to cover in two days and I'm normally not much of a speed reader. The author did a great job of creating intrigue and suspense as you really wanted to keep reading to find out the fate of the main characters in the story the four convict girls on their way to the female factory in Parramatta Sydney in 1829. You really got to know the four girls well and developed a sense of wanting the best for them all. It did however have sad moments as things did not always go well for some of them.

I got hooked on the storyline quite quickly and now want to read the next novel to find out what happens next. This book left me hanging wanting to know what happens to this person or the next and how the girls future will be. The author definetly allows you to connect with the characters doing a great job of conveying their personalities and letting you get a sense for what type of person they were. I would definetly recommend the story to others and am seriously considering getting my hands on the next book. I don't know how long I will be able to keep up the suspense of finding out the girls fates.

Dimple Lala thought that growing up would give her all the answers, but instead she has more questions than ever.

Her boyfriend is distant, her classmates are predictable and a blue mood has settled around the edges of everything she does. It's time for a change and that is just what Dimple is going to get - a change of scenery, of cultures, of mind. She thinks she's heading to Bombay for a family wedding - but really she is ... more...