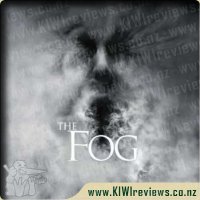 The inhabitants of Antonio Island, off the coast of Oregon, are about to unveil a statue honoring the four men (Castle, Wayne, Williams and Malone) who founded their town in 1871. Nick Castle is one of the descendants of the men, and owns a fishing charter company, using his vessel, the Seagrass, for tourism. When his girlfriend Elizabeth Williams returns to the island after spending six months in New York, a bizarre series of events begin to occur, including several gruesome deaths and the presence of a mysterious fog.

When Elizabeth slips in Nick's boathouse and falls into the sea, she finds an old journal from 1871, written by Patrick Malone, one of the town's founders. It tells how a man named Blake bought half the island for use as a leper colony. While bringing his people to Antonio Island in their clipper ship, the Elizabeth Dane, Blake is betrayed by Castle, Wayne, Williams and Malone. The four men locked Blake and his people in the vessel, stole their money and possessions, and then set fire to the ship, killing everyone aboard. In the present day, the ghosts of Blake and his crew have risen from their watery grave seeking revenge on the descendants of the four men.

A strange fog has begun to envelop Antonio Island at the same time as Nick's girlfriend, Elizabeth, returns home after being away for six months. Slowly bizarre things start to happen and gruesome deaths begin to occur. It's pretty much your basic horror movie. Something horrible happened to someone many many years ago and now their spirits are out for revenge.

The special effects are what you would expect for the budget, they do the job but they're nothing amazing. They're just enough that everything is meant to be believable. But, the storyline is so bland and so 'old' for want of a better word, that this doesn't grab or hold your attention.