Not Suitable for Children review 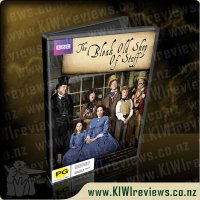 A twisted Dickens of a tale

Welcome to the adventures of Jedrington Secret-Past, upstanding family man and owner of The Old Shop of Stuff (just next door to the Old Curiosity Shop), where he sells a plethora of miscellaneous odd things. But this is no ordinary Dickensian tale. The Bleak Old Shop of Stuff is an entertaining adventure romp through cobbled streets full of hidden wills, brave street urchins, mysterious artefacts and superb comedy characters.

However, with every good-hearted hero, there must come a villain. Enter Malifax Skulkingworm (Stephen Fry) - a lawyer with a heart of flint, an unusual evil hat and a decidedly sinister plan to ruin Jedrington and incarcerate his family... Will Jedrington rescue his family before succumbing to gin-death? Will Conceptiva's secret mean the ruin of The Old Shop of Stuff? And just what is a deportmenttiger? The Bleak Old Shop of Stuff is a hearty helping of Dickensian madness, complete with a sparkling comedy script, witty characters and an outstanding ensemble cast led by Robert Webb (That Mitchell And Webb Look) in the role of Jedrington and Katherine Parkinson (The IT Crowd) who plays his wife Conceptiva.

The Bleak Old Shop of Stuff is made using traditional Victorian television making techniques - each scene is written on parchment with a quill pen. Every shot is filmed on a Victorian coal-fired camera and then hand-stitched by urchins in an attic in London's East End.

The Bleak Old Shop of Stuff has so much potential to be great. When you look at the cast, you have the lady from the IT Crowd, Katherine Parkinson. Now, she isn't the strongest player in the IT Crowd, but her timing is not too bad. You have Robert Webb who is incredibly talented in most of the things I have seen him do (including Winnie the Pooh storytime). And the crowning jewel as far as I'm concerned - Stephen Fry. So why then, did I not enjoy this comedic romp through Victorian England?

I really think they were trying too hard. It's as if the writers' were on the search for something, perhaps unattainable. Maybe they were attempting to ride the coat tails of the Mighty Boosh somehow. After all, this show is so totally surreal. I mean, you have Young Ones surreal and you have Mighty Boosh surreal. And Mighty Boosh is quite surreal. But at least as a whole, the show makes sense. With the Bleak Old Shop of Stuff, it took me quite a few episodes to get close to understanding. In the end I realised I was much happier not getting it. So my advice here is sit back and don't hope to understand.

Some of it is funny, but again trying too hard.They take a concept and then make the same joke seemingly all episode. It just wasn't as clever as I hoped. Stephen Fry seems to over-act every scene, so balantly. But then I realised that, he was probably asked to play the character that way. I don't really know how they could have saved the show. They seemed to be going for some kind of post-modern leap from alternative comedy to neo-alternative comedy. But they missed the mark fairly widely. I'm sure there will be a few die-hard Fry fans who will watch it though (guilty as charged).

This is a BBC produced series which is a spoof of Dickens writing .. think the likes of Oliver Twist and David Copperfield. The name draws on two of his novels "The Old Curiosity Shop" and "Bleak House" - both of which i am not familiar with.

Overall this was not my cup of tea, but i have done my fair share of Film and Media papers at Uni to grant this series some credit. The story line quiet frankly lacks substance, i don't see why they chose to make a spoof the way it was done......playing on parental death and alcoholism. I didn't imagine the BBC would fund such a series, but in its own way its very unique and perhaps warrants the word innovative.

The cinematography on the other hand was outstanding, the filming angles and effects were well done in an odd mix of fantasy and history. For me a lot of the fantasy scenes and film techniques resembled ones in the new version of Willy Wonka. I loved the quirky street names, the posters and notices that were stuck up. The period costumes were fantastic, very real and authentic.

Most outstanding was the witty one-liners, as i sat watching, i really enjoyed the cleverness and cheekiness of some of them, especially as most neither added nor took anything away from the dismal abstract story lines.

I thought the DVD cover was misleading and should state more about the film as I never presumed it to make such a mockery of Dickens. Perhaps if you are into satire and parody's with odd twists and cinematic effects its worth a watch....if your more after an accurate substantial re-make this won't be the one for you!

Get ready for more thrills, spills and mayhem as television's most daring trio Jeremy Clarkson, Richard Hammond and James May - plus the mysterious Stig return for the 15th series of the world's biggest car show Top Gear.
In the first episode, Jeremy asks why there aren't more three wheeled cars in the world and investigates further with a closer look at the 1980s comedians' favourite, the Reliant Robin. Meanwhile, James gives Top Gear's ... more...