March of the Dinosaurs review 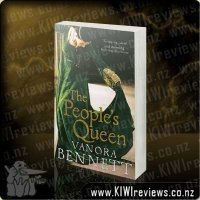 The king's mistress, Alice Perrers, becomes the virtual ruler of the country from his sickbed. Disliked and despised by the Black Prince and his cronies, her strong connections to the merchants make her a natural ally for the king's ambitious second son, John of Gaunt.Together they create a powerful position in the city for one of his henchmen, Geoffrey Chaucer.

In this moment of opportunity, Alice throws herself into her new role and the riches that lay before her, but Chaucer, even though her lover and friend, is uneasy over what he can foresee of the conspiracies around them.

At the centre of these troubled times and political unrest stands the remarkable figure of a woman who, having escaped the plague which killed her whole family, is certain she is untouchable, and a man who learns that cleverness and ambition may for him sit too uneasily with decency and honesty.

The Letterbox Cat & Other Poems
Rating: 10.0

Not so long ago i was after a good book to read, i posted this up on facebook and a goof friend said she would post "The People's Queen" down to me. I wasn't quick enough to explain it didn't really seem my cuppa tea. When it arrived I thought I would give it a go as I value her opinion and it must me good.

The book is massive! 533 large pages long. At first i found it hard to get it, I plodded along most nights at bed time reading a few pages at once. Once I was about a third way trough I was hooked.

The storyline is a wee bit disjointed by the vast about of un-memorable characters and royal place names. I found until the last third of the book I struggled to remember who was who in some instance and what part they played in the grand scheme of things. Some sort of family tree of character list would of been helpful!

As I read along I really enjoyed the sense that people of the late fourteenth are really no different than us today, apart from having strict guidelines to live by the still loved people they should not, enjoyed the finer things in life and didn't always accept the status quo. Alice Perrers was a modern day business women! I just loved her character. How excellent to have a main character that's so gutsy

I loved that this used historical records and the book was partly based in truth near the end, although it would give too much away for me to discuss here, the end for me left me in tears and looking for the next Vanora Bennett novel to read. I'll admit that after reading this I did a bit of research to see what parts are true and what were fiction. I know little of Chaucer and this novel really appealed to me that the outcome of the novel could of possibly happened and gave me an appreciation of the importance of Chaucer in literature.

If you have the ability and stamina to get through a book this size - even if royals in the fourteenth century is not your normal read, this is worth living and breathing for a while. It is written in such a way you can almost taste what is for dinner!

There is a great legend of the guardian angel who traveled across time and space for the human girl he loved, slaying those who would threaten her with a gleaming sword made of heavenly light.

This is not that story.