« Winter Be My Shield review 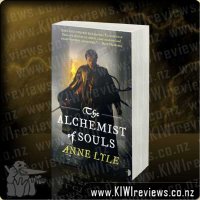 Disclosure StatementFULL DISCLOSURE: A number of units of this product have, at some time, been supplied to KIWIreviews by the company for the purposes of unbiased, independent reviews. No fee was accepted by KIWIreviews or the reviewers themselves - these are genuine, unpaid consumer reviews.
Available:
June 2012

When Tudor explorers returned from the New World, they brought back a name out of half-forgotten Viking legend: Skraylings. Red-sailed ships followed in the explorers' wake, bringing Native AMerican goods - and a Skrayling ambassador - to London. But what do these seemingly magical beings really want in Elizabeth I's capital?

Mal Catlyn, a down-at-heel swordsman, is appointed to the ambassador's bodyguard, but assassination attempts are the least of his problems. What he learns about the Skraylings and their unholy powers could cost England her new ally - and Mal his soul.

The Life-Size Guide to Insects
Rating: 9.8

Commotion in the Ocean
Rating: 10.0

I seem to have found myself going through a number of "Alternate History" dramas lately, and they go, this one was quite different to any others I have read... for one, the characters included a race unknown to us - the Skraylings, beings that carried elements from Aztec, Mayan, Middle Eastern and North American Native races, as well as a truely alien aspect in the physical senses. Secondly, there is a lot of same-gender 'romance' in here... in fact, truth be told, there was but a single emotional bond betwixt a male and a female, and that wasn't sexual to any explicit degree at all! Homophobes... this book is NOT for you. Did that aspect put me off it - not really, no. I did find it someone tawdry in places, and doubted the relevance of it in others, but at the end of the day it is a historical fact that such things were all too common in certain social circles of that era, and at least it was kept within historical accuracy to a degree. It was bordering on "too much" in a few passages - no pun intended - but Anne kept it just within the bounds of acceptable.

Speaking of historical accuracy, I was very pleased to see how the speech patterns of the era were woven into the conversation. Often as not, historical language is sacrificed entirely for the sake of modern reading ease, however this story kept the little details that add authenticity, such as the use of "sirrah" as a verbal put-down to those who hold themselves to a standard higher than those they are being spoken to agree with. "I bid thee, hold thy tongue, sirrah!" basically translates to "Shut up, socially inferior upstart!" - or that context at least. Period wardrobe was also a detail I found interesting - the Skraylings seemed to dress in a very Moorish fashion - robes, loose shifts, flowing garments that obscure body shapes while allowing free range of movement, while the British had a huge array of dress for every occasion, but I would be hard pressed to say that any garments detailed herein could be pointed to as "wrong" to any degree.

I was pleased to see that the "magic" element of the Skraylings' skillset was subtle, with only 3 short scenes in which anything of any real "paranormal" ability manifested. I think if the author had played up the mystical aspect much more, it would have become too much of a plot focus, instead of being a plot development tool. A delicate balance for any author to be sure, I was quite refreshed to see it used wisely and in moderation. Too much of a good thing can ruin the whole story. And, of course, what fantasy series title would be complete without an ending that leads itself towards the next instalment... the question I was left with was not so much one of "what will happen next", as "WHEN will the next title be set..." a gap of 10-15 years would seem appropriate in one regard, but a tale that took up again perhaps a few months after the end of this one would also fit well, mayhaps.

Overall, an intriguing tale, full of magic and manipulation, passion and loyalty, dark shadows and scorching fire... with more than meets the eye and a number of teams all playing a deadly game seeking to make the one and only goal possible, theirs alone. If a book should not be judged by its cover, then a story should not be judged by the back-cover synopsis... and in this case that holds quite true, for the blurb on the back cover did not inspire to to rush into this tale, yet once I gathered it up and began, I found myself unwilling to put it down - a situation that worked against me on a few occasions when I ran late to appointments due to time lost inside this world. I admit to being frankly curious where the story will lead next...

The Culture - a human/machine symbiotic society - has thrown up many great game players, and one of the greatest is Gurgeh. Jernau Morat Gurgeh. The Player of Games. Master of every board, computer and strategy.

Bored with success, Gurgeh travels to the Empire of Azad, cruel and incredibly wealthy, to try their fabulous game... a game so complex, so like life itself, that the winner becomes Emperor. Mocked, blackmailed, almost murdered, Gurgeh accepts the game and with it, the challenge of his life - and very possibly his death.