Fission Impossible : Round Two of the Galaxy Game review 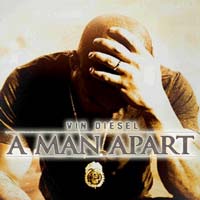 Sean Vetter (Vin Diesel) and Demetrius Hicks (Larenz Tate) are ex-thugs turned DEA members who are fighting an ongoing drug war on the California/Mexico border. The DEA busts one of the major players by the name of Memo Lucero and imprisons him in the United States, allowing a major player named Diablo to then take over the business, and now he is the prime target for Vetter and his team.

When Vetter sees his wife killed in a botched hit organized by Diablo, he seeks revenge against those responsible, but he must seek help from the imprisoned Lucero in order to catch Diablo. In the process, Vetter and Hicks have to fight their way up the chain of scum to get to Diablo which is easier said than done when all Vetter can focus on is revenge.

After Pitch Black there came The Fast & The Furious. Then Triple-X, and now A Man Apart. Vin Diesel has had some powerful roles in the past, and to see a limp biscuit like this was, quiet frankly, a shock. I spent the whole movie waiting for something to leap out of a corner, drop down from the rafters, or otherwise give me something more to focus on than the rude young girls sitting 2 seats down from me in the same isle.

With a complete set of The Worst Things To See In A Movie, including the badly faked corpses with a vain attempt at shock value right at the start, through badly choreographed fights scenes, to a total let-down of an ending, this movie was cornball through and through.

Cheap Night Special once again, so save your pennies.