Triad of Being : 3 : The Light-Field review 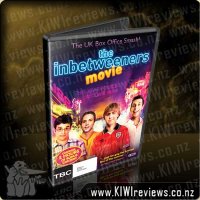 I am a somewhat huge fan of the inbetweeners TV show so was eagerly awaiting the release of this film at the cinema, and wow was I not disappointed at all!! Definitely not one for those that are not into nudity, sexual references or binge drinking, however if that sounds like your kind of movie you will not walk away disappointed.

This is a silly teenage comedy and you can say this is the British version of American Pie; same premise but obviously different jokes and humours. I should also say reviewing comedies, especially this type, would be different from reviewing drama or action, these movies shouldn't be taken seriously, you need to just take it easy and have fun. The story is about four high school friends who graduate and try to get laid, so it's obvious what type of the movie is going to be, and the movie starts very well with introducing these characters. These are all funny characters (even the supporting characters are funny) and there are many funny moments and scenes throughout the movie, which prevents you to be bored. I even like the music; it helps the scenes to be even funnier. The performances are fine, even though no one famous or well-known is in the movie, but the cast is filled with talents.

Overall, I recommend it and if I only want to rate it in comedy genre, I'd say 9/10, but in general perhaps 8/10. However, if you don't like silly comedy this is probably a failure, so in that case don't bother to watch it.

I rented this movie as I had seen some of the TV series late at night when it was airing about a year or so ago. I had really enjoyed what I had seen (would have watched it all if not for the late time it was showing) and so when I saw the trailer I really wanted to see this.

Now, if you don't like your comedy to have some nudity in it, lots of swearing and crass jokes, rudeness, alcohol etc. then this is not a movie for you. I for one, when done right, find it hilarious.

The movie is basically just a double episode of the TV series, but it has the boys finally getting laid (a big issue they had in the TV series from memory). It had plenty of laughs, and just a little growing up (and I mean just a little).

I'd happily watch this movie again, and if you've seen the tv series then this is a must see.

I was intrigued by the InBetweeners movie ever since I saw a trailer or two at the movies. It looked like many of the American style road trip and "teen to man" kinda movies they do. American Pie instantly sprung to mind.

When I got this at home, I showed my husband. He wasn't interested in watching it at all, which is unusual. He and I usually enjoy these sorts of things. Maybe it was that this is a UK take on a familiar style.

So once the kid was in bed and husband was out and about, I sat down to watch this DVD. The first thing I noticed was that the language is filthy. Not an issue for me, since I was alone but it would have put many of my female friends off.

Right from the beginning the characters and plot were reminding me of Jimmy Carr. At one point there is a poster of him shown like some kind of homage. Again, love Jimmy Carr so not an issue for me.

While I was watching this, I imdb'ed it and I worked out this movie was a spin off from a TV series. So that was cool. I hadn't seen the series at all. However, I don't think that hurt the movie. It definitely worked as a stand alone.

Overall, I enjoyed this movie a lot. The DVD comes with loads of special features which I'm working through as well. I'll definitely be looking up the series too.

Dr. Stephen Strange's (Benedict Cumberbatch) life changes after a car accident robs him of the use of his hands. When traditional medicine fails him, he looks for healing, and hope, in a mysterious enclave. He quickly learns that the enclave is at the front line of a battle against unseen dark forces bent on destroying reality. Before long, Strange is forced to choose between his life of fortune and status or leave it all behind to defend the world as the most powerful sorcerer in existence.