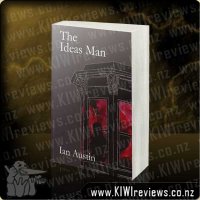 David Peerman works long hours for New York's Department of Sanitation but the rest of his life is devoted to caring for his 13-year-old daughter Trisha. Stricken with a rare condition, she is a captive in their home for the sake of her health and maybe her life.

To maintain a standard of living for both, David relies on his intelligence and ingenuity to create an environment which keeps Trisha safe, educated and entertained.

But he does have a flair for observing problems and identifying solutions. Against a backdrop of the city's daily grind, the devoted father must use each one of his personal attributes and every ounce of his will power to keep alive the possibility of a miracle curing treatment, however distant the dream seems.

When David's latest idea to help a friend out becomes the catalyst for a series of amazing events, it appears their lives may be changing for the better. Then, in the midst of new hope a freak accident suddenly threatens everything and in the space of one afternoon their dilemma becomes a life-or-death race for Trisha as David faces their biggest challenge yet.

What if MacGyver had never really been too sure of his skills... and had a sick daughter... and was a lot more of an urbanite... he might have been called David. As an avid and active practitioner and promoter of the power lateral thinking and upcycling - where you find new uses for products and packaging, rather than disposal or just recycling it back into the system - has to provide a better future for us all, this book struck a real chord with me. I only wish I had half the fictitious David's abilities.

I was particularly taken with the direction David's talent were forced to take - needing to provide a whole world in a single room, for the sake of his sick daughter. An uphill challenge even for someone with a lot of money to throw around, it seems almost insurmountable for someone on a barely-above-minimum wage... and yet, David does it in ways that are not only quite plausible, but inspirational. This makes it very easy to "fall into" the story and become so engrossed it almost feels like you are watching a movie, rather than reading a book. I foresee movie rights being negotiated in the not too distant future...

As a reader, every character we encounter *must* engage us deeply enough to be relevant - the background characters must play their part then vanish cleanly, moving the plot along as naturally as possible. Protagonists must play the key moves, all the while being assisted and uplifted by the supporting cast that gives them depth and reality, as well as a reason to move to the next step in the plot. Without this delicate ballet of entities, dancing in perfect sync and rhythm, the book will often seem flat and lacking any real content - it may as well be a reference book for all the emotion it will wring from you. However, in "The Ideas Man" the cast dance such an intricately choreographed weave of sub-plots and individual challenges that the pattern as a whole that emerges is not only surprising, but also immensely satisfying and complete.

Do I have any "favourite" characters, other than our heroic and struggling protagonist? Yes, I certainly do... the commercial giant, Mr George Seabourne is a major player and also a hell of a boss that any blue-collar worker would sell his left kidney to work for... Izzy, tutor, love interest and all-round sweetheart, who sticks in there when the going gets *way* beyond tough... and lastly, Miss Patty, who manages to take the hardest of knocks and turn it into an opportunity for young Trisha.

Overall, this is a stunning debut, one that sets such a high bar for Ian to jump over with his next offering. Please, don't let this new author - capable of building a world so unique it could easily be real - become a one-hit-wonder. I want to see more from this chap... and may it come soon. Would I read this book again? Well, I read it twice before I started this review, and I am already into it for the third time, which is why the review is a little later than I wanted it to be... but I had to be sure the praise was justified. If I can actively turn away from other new titles in order to re-read a book - causing a cascade of backlog to build - then it has to be something pretty amazing. Ladies and gentlemen, I present to you something quite amazing... "The Ideas Man" by Ian Austin! Now go find a copy for yourself, this one is mine!

"With the wrath of the most powerful warlord in the Great Houses about to fall on the rebels of Maragon, two desperate missions set out, the fate of the rebellious island in their hands..."