« The Curse of Chalion review 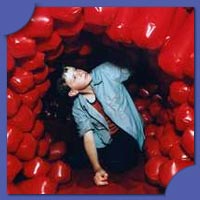 Disclosure StatementFULL DISCLOSURE: A number of units of this product have, at some time, been supplied to KIWIreviews by the company for the purposes of unbiased, independent reviews. No fee was accepted by KIWIreviews or the reviewers themselves - these are genuine, unpaid consumer reviews.
Available:
7 August - 31 October

A fantastic hands-on voyage of discovery through the inner workings of our anatomy.

Body Odyssey was created by the Children's Museum of Manhattan with the generous support of Merck & Co.

Te Papa would like to extend a special thanks to the Ministry of Health Manatu Hauora for their expert assistance with this exhibition.

I must admit I didn't really know what to expect when I first headed upstairs to see this exhibition. I didn't know whether it was going to be a giant human body you could walk through, or just a set of stands with information, and maybe a play-tunnel or two. And I really didn't know how my son would react either, after all, he's only 4 and despite being a curious monkey of the highest order, he tends to be really picky about what he gets wound up about.

However, once we entered the display area itself, he was up and away, running from stand to stand, game to puzzle... happy as a kid could be in a new playground.

You can start the journey at almost any place in the body you like really, inside or outside, top to toe. The only bits I couldn't find anything about were the Spleen and Pancreas, two very under-covered organs in most science and biology learning resources.

There was plenty around on the circulatory system, respiratory and digestive systems were in-depth, skin was well covered, and the skeletal struction displays held themselves up to a good standard, so the most common areas covered were WELL covered.

My son was, at first, a little worried about going to play in the big inflatable blood vessel, we wasn't sure about climbing up a femure and sliding down to play with red and white blood cells, and was really hesitant about climbing into the big mouth to explore the airway and digestive tract, but with me climbing in ahead of him, he was soon diving in and having a blast.

It was heartbreaking to see evidence of vistors stealing parts of the displays so soon after opening, such as the innards of the eye, and the plastic heart from the displays near the microscopes. After all, how can our kids learn new things if some small minority steal the resources? If anyone who has stolen a piece of the exhibition ever reads this, SHAME ON YOU! Return it please!

Overall, quite an interesting and informative exhibition, well worth a look for kids interested in learning about what goes on inside them. For adults, you might find it a little basic, but it could still hold some interesting information for you, particularly in the interactive computer software area.

This rock opera tells the story of one year in the life of a group of bohemians struggling in modern day East Village New York.

The story centres around Mark and Roger, two roommates. While a former tragedy has made Roger numb to life, Mark tries to capture it through his attempts to make a film.

In the year that follows, the group deals with love, loss, AIDS, and modern day life in one truly powerful story.