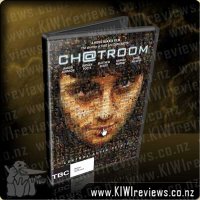 In an online world, who's controlling who? Puppet master? Victim? Which will you be?

When strangers Jim, Eva, Emily and Mo meet William online in his new chatroom, they're completely seduced by his fast-talking, charismatic character.

But beneath the surface lies a much darker truth. William is a dangerous loner, channelling all his energies into cyberspace. He's become an analyser, a calculating manipulator who finds it impossible to interact normally with others in the real world, instead turning his hand to manipulating people online.

When the timid Jim opens up to William, it sparks a fascination that quickly turns into a dark downward spiral, with the twisted antagonist coercing the rest of the group to become pawns in this deadly game. As the cat-and-mouse situation escalates to devastating heights, can William's anti-social networking be brought to an end?

The Fate of the Furious
Rating: 8.5

The plot line for this sounded very promising and with director Hideo Nakata (The Ring, Ringu) I was pretty sure we were in for a good movie. Unfortunately it proved to be quite a let down. While the plot was very promising and sounded great, somehow it didn't live up to expectations, rather it ended up dragging and was very sluggish. I felt like it never quite got off the ground and didn't get the right level of tension to make it truly engaging.

I also strongly disliked the handling of mental illness and the exploitation of this was very hard to handle and honestly I got very angry watching it! In all fairness, this would come down to my own battle with depression so isn't a reflection on the plot as such but probably a warning that some people might find that aspect of the movie hard to watch.

That aside, I did like the way they portrayed the chatroom scenes, rather than watching a movie with teens typing on a keyboard (highly boring!), the chatroom was portrayed as a physical space, pretty clever concept which did make the movie more watchable. I think it did also accurately touch on the dangers of the internet and how teens are capable of interacting and egging each other on.

Imogen Poots (Eva) was once again great to watch, I really liked her in 28 Weeks Later and felt she gave another solid performance.

Over all though, I have to say I was quite let down by this movie, showed promise but just never quite got there.

Score: 9.8
Product reviews for listing 5641: Now You See Me
Directed by Louis Leterrier

Four magicians each answer a mysterious summons to an obscure address with secrets inside. A year later, they are the Four Horsemen, big time stage illusionists who climax their sold out Las Vegas show with a bank apparently robbed for real. This puts agents Dylan Rhodes of the FBI and Alma Dray of Interpol on the case to find out how they did it.

However, this mystery proves difficult to solve even with the insights of the ... more...