You Can't Scare A Princess review

ProdID: 3107 - Something Unknown is Doing We Don't Know What
Topic: Paranormal Research 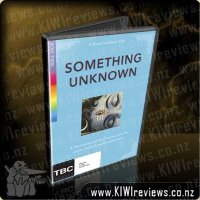 Something Unknown is Doing We Don't Know What product reviews

Is it possible that some people can read your mind - Telepathy - or look into the future - Clairvoyance? Why is it that some people can cure themselves while in the last stages of a deadly cancer - Healing? Does mind over matter - Telekinesis - really exist, and if so how do we explain this? People claim to 'see' distant objects or places - Remote Viewing. Do they really 'see' something? And where is the boundary between 'real' magical powers and fraud?

Can these miracles of the mind be explained? These questions and more are explored and answered in this fascinating feature documentary Something Unknown Is Doing We Don't Know What by Dutch filmmaker Renee Scheltema. Along the way she also collects anecdotal stories from celebrities within the field, such as Psychic Detective Nancy Myer, Author Arielle Ford, Astronaut Dr Edgar Mitchell, and Intuitive Catherine Yunt. They all weigh in on the "Big Five" Psychic Phenomena: Precognition, Telepathy, Remote Viewing, Psycho-Kinesis, and Spiritual Healing.

Renee found that experiments of today reveal how science is verifying numerous kinds of connections - 'mind to mind', 'mind to body', and 'mind to world' - demonstrating that psychic abilities are part of our inherent nature. Join leading experts in the field of science, alternative medicine and para-psychology as they reveal profound insights into the world of the unseen and offer scientific evidence behind psychic phenomena.

In the same vein as "The Secret", "What The Bleep" and "The Quantum Activist", this is another Docu-Discovery that highlights how the gap between "Science", "Religion" and "The Paranormal" is shrinking, as we discover the truth strength behind the immortal saying of Arthur C. Clarke, paraphrased as; "Magic is just another name for Science we don't understand yet." In this, we are taken through more of the 'Paranormal Abilities' aspect of the Noetic Sciences - those 'powers' described, in turn, as witchcraft, devil possession, superhuman, unhuman, mad ravings, amongst others. Practitioners have been hailed as saints and angels, or devils and warlocks... praised and reviled, fawned over and shunned. Those that sit at the shallow ends of the human bell-curve of abilities.

Having had a strong interest in this area for many years, I found much of the information in this was known to me, but had been presented in a manner far more accessible to those without the background in mathematics and quantum physics. However, one of the 'new bits of information' I found fascinating was the Global Consciousness Project, in which random number generators are located all over the world, and are used to study how humanity as a whole reacts to - and affects - probability. The study revealed some highly speculative, but none the less compelling, evidence that humanity as a whole can be aware of disasters ahead of time... a form of collective precognition if you will. Studies of the statistical variance between the numbers generated and the 'normal' background randomness show that just BEFORE major disasters - eg. The World Trade Centre on 7/11 - 'randomness' is shifted off true random... and though there are already a number of theories as to what and why, there's no consensus as to what this shift in probability signifies. Are we collectively bracing ourselves for the worst, are we somehow bringing it into existence through some massive 'Observer Effect', or is the event so powerfully traumatic that it propagates 'ripples' in our collective mind? Further studies are underway.

Probably the only section of this doco I found hard to swallow was the section on psychokinesis - the 'literal' mind-over-matter element of 'The Big Five' paranormal powers. The reality of it has long since been documented to varying degrees of reliability... but for me, the whole section was somehoe made to look 'cheap and nasty' by including some clips of a 'spoon-bending party' - wherein a practitioner dumps a box of spoons in the middle of a group, and they all chant, yell and try to force a spoon or piece of metal rod, to bend. The one actual spoon we see being bent... it's very clear a large amount of force is being applied to it. Shoddy, and disappointing. However, this is a a small segment of an otherwise very intriguing DVD, which I plan to study further and seek more information about.

This DVD is one more facet of the "we are more than we think we are" genre of doco-discovery shows that have been trickling out over the years, but more prominently in recent times. My only warning to interested viewers: Some of the footage is clearly quite old - and I am not just meaning the archival footage they splice in. Some of these interviews look to be from the late 80s. Don't treat this as "current cutting edge" in any way, shape or form. If you want to know about the "now" stuff, use this as your starting point and go hunt for more.

Overall, I firmly believe we have more power, potential or abilities - call it what you will - than we give ourselves credit for... and our resident witches and wizards are simply those for whom the theory has become fact, self-evident truths they accept, and thus don't disagree with or shrug off as 'something strange that simply can't have happened the way it looked'. Personally, I have my own thoughts on the matter, and won't either confirm or deny the credibility of the theories out there or the evidence offered. Time will tell, as studies bring fact and fiction ever-closer. The truth is out there... and it's coming to visit and stay for dinner.

Desperately bored with his duties as a Detective Sergeant, Bruce (McAvoy) survives on a mixture of ... more...