« Think of a Link - Remember Absolutely Everything review 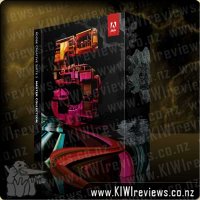 Right, this is the first of the new protocol set in place by Adobe - the ".5 upgrades" - instead of rolling out a whole series of new apps every 18-24 months, Adobe are bringing out .5 versions of some of the suite applications that have significant feature enhancements... but not every app in the .5 suite will be upgrades. In this case the majorly overhauled apps are InDesign, Acrobat, most of the Flash apps, Dreamweaver, Premiere Pro, After Effects and Audition. Here's a run down on the big-ticket new features:

Dreamweaver:
•  Full HTML5 support, including templates and style/code checker. This makes building very rich, interactive media for the whole spread of devices a lot easier for those who want to be up at the front line, but not 100% of all the in's and out's.
•  Full CSS3 compliance, including style/syntax checking. Technically a part of the HTML5 family, this was worth noting as it can be used for HTML4 coded pages too.
•  Creation of Web-for-Mobile direct with Dreamweaver templates. Perfect for those who have the ideas, and the basic skills, but don't know all the sizes/ratios/shapes to fit the most popular devices.

Flash:
•  Now able to design, build and output as native for iOS devices. This one sounds great, but with the way Apple have repeatedly clamped down on Flash, I wouldn't hold out too much hope this is a feature that will stay viable in the long run.
•  Resize Canvas now has Autoscale. In previous versions, when you resized the canvas you then had to go and resize all the assets too. Now, the resize effectively scales up everything you see. Is the new size a different aspect ratio? No worries, assets will scale up and stay in original proportions, and you are left with only minor position tweaks to perform.
•  Smart Objects are now in Flash! This is a brilliant port from Photoshop as far as I am concerned. Now you can build a library of common brand elements (known as Authortime Shared Objects), and know they will remain consistent across all media you create.
•  Flash Builder now has templates for Flex specifically optimised for mobile devices. Great resources for those wanting to cover all the possible exposure channels.

InDesign:
•  The new Gap Tool allows you to resize adjacent objects by moving and maintaining the GAP between them! Sounds a bit strange, I know, but for those designing a catalogue, brochure, poster or collage, this will prove to be the most innovate and powerful new tool in your arsenal.
•  Linked Text Objects - Think of them as Smart Objects that are made of text, rather than graphics. If you edit one, that change is immediate reflected in all other copies of that object. This is the best way to ensure consistency across all documents, on all media.
•  Interactive Image Sequence - Brilliant for providing full-surround views of 3d objects, a sequential slideshow of scenery, or any other "seamless sequence" you want to display. Just create an Image Sequence object, point it to a directory of sequentially-named files, and bingo, it will do the rest for you.
•  A full suite of eBook tools is now in play, including EPUB format, lots of fine-tuned control over output across various publication formats, responsive design options, and the ability to embed audio and video files into eBooks. Also the new Folio Producer tools offer you the chance to preview your work on your desktop in the same manner as it will appear on mobile devices, including tablets.
•  Anchored Objects - Now you can attach an object to a piece of text and if the text reflows or moves, the other object will remain in position. Great for magazine designers who want to keep an image or quoted text block in the same place in the text flow regardless of how the text changes.

After Effects:
•  1-click Stereoscopic Camera rig - Want to take advantage of all the new 3d tools, and display systems available? Now you can, and it could only get simpler if it had mind-control. One click, and your composition will give you a selection of 3d stereo output options.
•  3D light fall-off - allows you to give flat objects a sense of depth by adjusting the way highlights and shadows are affected by their distance from the light-source and camera. Having seen some examples, and played with them myself, I can tell you the effect is nothing short of amazing, and adds realism like never before.
•  Using the new Lens Blur system, you can simulate varying depths of focus by adjusting the blur and using selectable en.wikipedia.org/wiki/Bokeh

•  You can now export your final composition as a PNG sequence - great if you want to do frame-by-frame adjustments or want crystal-clear framegrabs for use in 'flat' media such as print.
•  The 'Golden Child' of AE though is the new Warp Stabiliser. This is probably the single biggest reason to get CS5.5 suite. Take a nasty, juddery piece of footage and with a few tweaks of the multitude of options and adjustments, you end up with a 99.99% rock steady clip that any watcher would think was shot using a high-end gyro-stabilised steady-cam rig. Think of it... Hollywood is only as far away as your imagination, and your desktop PC.

Premiere:
•  You can now export your media presets. This is probably going to prove most valuable in three key situations: bulk deployment, reinstallation and version upgrades. After spending hours or even days fine tuning your presets to give the very best performance for your chosen outputs, it's frustrating to have to do it all over again because of a hard-drive failure or version upgrade. Now, no more worries... just export the presets to a networked drive or USB pendrive and you're set.
•  Full "Audition" external audio editing integration - All I can say is "About time!"
•  The ability to be lazy about selecting audio effects to apply - it no longer matters whether the clip is mono, stereo, or surround sound - just apply the effect and it will sort itself out nicely.
•  The ability to unlink or decouple multiple clips into independently-editable audio/video tracks. Great for when you want to just trash a series of audio tracks and replace them with a single backing track. It's the ability to do multiple clips in a single operation that most editors are going to love.

Audition:
•  Now "Native" on the Mac - Not at all something that really interests me, but it's a biggie, so worth slapping in here at the top... and getting it over with.

•  The new Playback engine - Man, this thing is a V12 with twin-turbos... and it can multitask! Apply effects, open files, make selections, do basic edits... all while it's still doing playback! Great for those last-minute tweaks and adjustments during that "...one last playback before I export it..." session.
•  Five words: Native... Five... Point... One... Surround! Yup... this baby is set up to make 5.1 surround editing seamless and simple. No more down-sampling to stereo before editing, and losing all that glorious depth... Bring it in with 5.1 intact, adjust each channel as you want it, then export it back out to a 5.1 master track ready to slide it into your composition. This support is available in waveform and spectrum editor panels, for really digging down into the sound. Home theatre has never been so fun to play with!
•  Shares the new audio features inherent in Premiere, such as the "modeless effects" which allows you to apply effects regardless of the channel depth. Sure, lots of overlap makes you wonder why bother with separate apps, but hey, each user will have their own preferred way of doing things, so it's good to know that all the apps carry all the tools, right?
•  It now has "History" - yup, just like Photoshop, you can roll back through your edits one by one... with limits. There's only so many History states it will retain, and it seems to only apply to certain tasks, such as clipping, mixing and effect applications. Still, it's a start.

OK, so those are the key highlights... but what does it all mean? Well... from what I experienced, it means a serious boost in what you can do, how fast you can do it, and how easy it is to do. There are WAY more feature additions and boosts than I could hope to cover here... each application could easily have a stand-alone review that would span a dozen pages, and ALL the apps have had upgrades to some degree or another... but you don't have time to read it, and I don't have time to write it all... and really, much of it is easily available online. What it sums up to is this: For the beginner, you have a squadron of jets here, waiting for you to take off... for the professionals, you have the next wave of profits in a box. There's a fleet of new resources and royalty-free assets included too.

Overall, stunning stuff. After CS5 I was wondering how Adobe would go that extra step... and here it is. Astounding, really astounding. Can't WAIT to see CS6! The sneak peeks I have seen give me goosebumps.

Really, the only bit I wasn't impressed with was the new-look Acrobat. I honestly couldn't see the workflow improvements they promised, as I spent more time trying to find all the useful tools that I USED to be able to have up on the taskbar... but it could be an artefact of switching to Windows 7 in order to get 64bit support for After Effects and Premiere... and because I can't be 100% certain, I choose to make it a footnote instead of a paragraph.