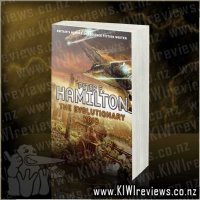 The stunning conclusion to the 'Void' trilogy - A part of the greater Commonwealth Saga.

Having finally mastered his astonishing psychic abilities, Edeard is dismayed to find that life in Makkathran is as challenging and dangerous as ever. There are always threats to quash and unrest to settle. He is coming to understand that he himself will have to pay a terrible price for Makkathran's peace and liberty.

Inspired by Edeard, millions of Living Dream pilgrims embark on their pilgrimage, heading towards a new life within the Void that lies at the center of the galaxy. Their arrival will trigger a super-massive expansion of the Void, which will devour everything in it's path - ultimately the galaxy itself. For those who would stop the pilgrimage, time is running out.

On the run and pursued by every Commonwealth faction, Second Dreamer Araminta realises she can no longer flee her destiny, and chooses a course of action that will not only confound Living Dream, but will also transform her in a way no-one could have expected.

At last, the final saga in the Void trilogy, part of the greater Commonwealth saga. Long have I waited for this, much have I anticipated it, many were my questions while I read it, and realised that I would have to go back and re-read the first two volumes before I was able to untangle the plot... because quite simply, it's tangled to Honious and back if you have forgotten the key milestones from Books 1 and [[1994">2. Of course, a big part of that is the whole 'resetting the universe' trick Edeard discovers.

LOTS of *BIG* secrets are revealed in this volume... the truth about Makkathran, the evolutionary abilities of the Void, the ultimate nature of the Accelerator Faction's plans, and how they tie in with Living Dream's great Pilgrimage, why the First Lifes name is so utterly appropriate, and why they built the Void in the first place, and the ultimate truth about The Heart of the Void.

As with all of Hamilton's works I have read, this one is full of awesome super-science stuff, as well as 'real' people who just happen to live in a time where science is so close to what we would consider 'magic' as to make today look like just a slight step above the Neolithic era. I *adore* stories like this, especially when they make all that uber-science seem so casual and accessible... it adds something amazing to the story without placing it as the focal point - this means the story remains ultimate, supported by the science... and not the other way around.

The Void itself reminds me a lot of the 'New Stable Space' constructed in the story "Schilds Ladder" by Greg Egan - it posed a remarkably similar peril to that universe, and had a somewhat similar solution - "Someone needs to get inside and find out how to shut it off." I think that of all the sub-plots this astoundingly-packed story has, that one thread hooked me most. How do you save a universe by reasoning with beings that are tantamount to gods? By placing the Void at the centre of our galaxy, Hamilton has also covered the whole 'super-massive black hole' theory as to why our galaxy behaves the way it does, and not like many other galaxies.

The characters are, as expected, detailed enough to be 'self-consistently real', yet not so overly details as to be 'all about the little things, and no room for an overall shape' - something I have found even some classic authors have fallen foul of. As Antoine de Saint Exupery famously said, "It seems that perfection is attained not when there is nothing more to add, but when there is nothing more to remove." - or something like that. On that basis, Hamilton has perfected the cast of this future drama.

Overall, a *stunning* conclusion... but I sincerely hope it will not be the last we hear from this universe. If I can't have new tales from the "Confederation" universe, then I want to be able to look forward to more "Commonwealth Tales".

Ava and Angus are off to the Doolimba show, with its fun rides and lots of cute animals! But when daring twins Donna and Danny Donnelly tempt Ava to sneak into the animal's shed at night time, dozens of prize animals escape their pens! Ava and Angus's delightful trip has turned into a disaster!

Will the Donnelly twins own up? Or will Ava and Angus take all the blame?