Guardians of Ga'Hoole Collection - Legend of the Guardians review 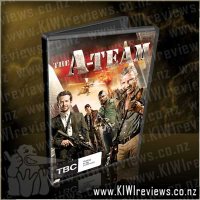 Jessica Biel stars as Captain Charisa Sosa, a former love interest of Face's but who is now relentlessly pursuing the Team for a crime not of their doing. Patrick Wilson is a mysterious C.I.A. operative, Lynch, who is a key player in the Team's most explosive mission.

Birds of Prey (and the Fantabulous Emancipation of One Harley Quinn)
Rating: 7.8

I loved this remake of the original television series. Whilst I enjoyed the shows, it always had that "old" look to it, and this remake has gone and provided the action without the ancient sepia look. I'm not old enough to have seen enough of the shows to be fully aware of the back-story of the A-team, but this film does well to bring any unfamiliar person up to speed in how the team became the legends that they are known for.

The A-team's plans are very much as convoluted and action-packed as would be expected, but only on a much larger scale. I very much enjoyed the interactions between the characters and found them to be incredibly well cast. All of their character quirks were notable and exemplary, providing the basis of their great teamwork, all having varying expertise and skills. Whether it be risky manoeuvres, fears of flying, seduction, or elaborate plans, the attributes work well for the characters, and it all gels together well.

Despite the great job done on plot, effects, and cast, it looks unlikely that a sequel will be made. I guess I'll just have to keep re-watching this film, and imagine what a great franchise it could have been.

I loved this movie. When I first saw the trailer and saw Copley as Murdoch I thought 'hell yeah!'. Sadly, due to circumstances at the time I missed out on seeing this at the movies, so as soon as it came out on DVD I borrowed it and enjoyed it so much that I went out and bought a copy for home.

The one character I felt was spot on was Murdoch, all the rest were really good, but he was awesome! Heck, I'd watch a movie just of his character.

It had some really good explosions. The final scene where they are putting their plan into action and you have the dock and all it's shipping containers blowing up.... That would have been neat to see on the big screen.

If you enjoyed the TV series I would tell you to go out and watch this. And if you didn't and just like a good action movie with comedy thrown in, then go and watch this already!

As an old fan of the original series, I was frankly hesitant to see how the modern interpretation was going to pan out. I instinctively felt the actors were a bad casting for the roles, and... well... I just didn't think it was going to be worth the price of admission... which is why I waited for the DVD.

I now wonder if maybe I should have spent the money on a big-screen viewing, because man, this wasn't half bad!

As with most modern movies, and all action ones, this had quiet dialogue and overly loud explosions, but if you are fast with your volume control you can adjust pretty well... but if you have the gear, I would strongly suggest piping this through the sound system of your choice to filter down the louder volume to something a little less audially abusive.

I had to admit, though the casting *does* feel a little off in places (Neeson's good, but not great as Hannibal Smith) some choices really nailed the bullseye (Copley does an excellent rendition of Mad Murdock!) and the whole feel of the movie fitted well with the original series, making this one fairly acceptable to the old fan-base.

A couple of utterly unrealistic, but otherwise hilarious, scenes give rise to hefty sniggers and more than a few delighted groans - such as Hannibal and Face 'flying' a falling tank while under attack - but the action really is where this movie is at. Irony, subtle redirections of attention, a few improvised tricks, and bingo, the 'good guys' win again.

Overall, a few cameo appearances by some of the original cast members gave rise to a couple of sniggers, but really are nothing more than publicity stunts, as their roles were insignificant at best, downright pointless at worst. However, for those who manage to sit through the final credits, there's a little something tucked in there to reward you for your patience/loyalty. The movie was pretty good, but not quite the blockbuster I think they were aiming for.

Vivica A. Fox makes her Bring It On debut as Cheer Goddess, the internet's most popular "Cheer-lebrity."

When Destiny (Cristine Prosperi), captain of three-time national champions "The Rebels," is challenged to a global cheer showdown by an edgy new team called "The Truth," Cheer Goddess organizes a virtual battle for squads from all around the world.

It seems like the whole world wants to take down Destiny and her team, and they just might succeed, unless Destiny can rise to the challenge, set her ego aside and figure out who her real friends are.