« The Keepers - 1 - Museum of Thieves review 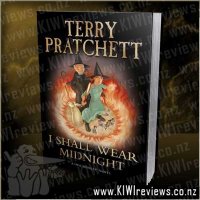 Tiffany aching is a witch. And she thinks she's doing a good job for the people of the Chalk. Even if the job does seem to involve a lot of bandaging legs and cutting old ladies' toenails and not much, well, magic.

But somewhere - some time - there's a tangled ball of evil and spite, of hatred and malice, that has woken up. And it's waking up all the old stories too - stories about evil old witches.

Suddenly Tiffany isn't so sure she's doing the right thing, and her tiny allies - the fightin' Nac Mac Feegles - are only making things more difficult.

Things are supposed to look better after a good night's sleep.

But they're going to get a lot, lot worse.

And a witch has to deal with what is in front of her.

Creative Creatures: A Step-by-Step Guide to Making Your Own Creations
Rating: 9.1

The fourth title in the 'Tiffany Aching' sub-series from the Discworld, this is quite possibly one of the best Pratchett stories I have read in the last five years. Full of trickery, time twisting, sympathetic magic - in all meanings of the phrase - and outright surprises that sneak up on you like a sneaky thing... it's classic Pratchett polished to perfection.

Tiffany must leave the Chalk to save it, travelling to the metropolis of Ahnk-Morpork with the intent of tracking down the new heir to the land, only to discover far, far more than she could ever imagine, including a meeting with a legend, a mysterious old witch who hides in shadows, a phantom hare that jumps into fires, a dead witch-hunter with no eyes, and an escaped prisoner. They all combine to form a tangle that Tiffany must see through, in order to avoid a future too terrible to imagine. And if she fails, her sister witches may just have to kill her... or worse, help her.

Overall, the characters are, as usual, filled with enough flaws as to make them feel real, detailed enough to be consistent, yet not so complex as to be hard to keep track of. We know enough to attach to them, but not so much as to be lost in the minutiae. If you have ever enjoyed any Pratchett, this is another winner to add to your dance card... and I feel the sincerest sympathy for those who have never managed to discover the joy of this fascinating fantasy realm, riding through space atop the backs of four giant elephants hitch-hiking on a massive star-turtle.

Join Thea Stilton and the Thea Sisters on an adventure packed with mystery and friendship!

The Thea Sisters are in Russia for a figure skating championship! When their new friend is falsely accused of theft and barred from competing for the gold medal, the five mice resolve to clear her name. Along the way, they discover ancient love letters that could be the key to finding the real culprit! But can they solve the mystery in time?