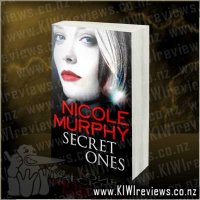 She's from an ancient clan. He has no family. Can they save the world... together?

Maggie Shaunessy is used to keeping secrets. She's a fantastic teacher, but she's also a Gadda, part of a hidden, powerful race - and she has a habit of annoying the wrong people.

Until Lucas Valeroso meets Maggie, he has no idea what awaits him: super-human powers, a smart and beautiful woman interested in more than unlocking his new abilities, and above all, a sense of belonging.

But dark ambition and dangerous bigotry are emerging in the Gadda ranks. Lucas' new family might cast him out before he's even truly found his place, and Maggie must work with her new allies to find and retrieve a missing artifact before the entire world is changed for all time.

As the first tale in a trilogy, it is important to not only introduce the characters, but also set the 'tone' of the world in which they live. If the author stuffs that up, the tale, no matter how sparkling, feels somewhat disconnected from the 'reality' in which it is set. I honestly can not imagine a stranger sense of discontinuity than in a story equally set in a small hick-town in Ireland and a University town in outback Australia... talk about polar extremes!

Nicole Murphy has pulled of nothing short of a miracle really, in that she has not only created a world in which these opposing locations cohabit happily, but characters who feel equally 'at home' in both... often only minutes apart! Yes, the 'Gadda' can teleport (as we humans would call it) with but a mere thought... and a little effort of will. And that, my dears, is but the tip of their power iceberg! Telepathy, telekinesis, spellcasting, conjuration of essence creatures, and many more are all tools in their belts... though each to a differing degree, depending on natural talent and learned skills. And as our main character finds out, it never hurts to have a seriously superior practitioner's soul bonded to yours when you need a little extra 'oomph' in the power department.

The story holds itself together admirably, with no glaring inconsistencies that can't be explained away as temporary glitches in a character's perception. The world is uniquely absorbing and wonderfully 'modern and accessible' (if you can call a couple of 'in the middle of nowhere' towns that) and the little details are so meticulously covered, it feels all too real when you get drawn into the story.

Overall, this is a stunning, and very addictive, first story for this world, and if I don't get my hands on the next issue, I had better be in a coma or dead, because those are the only things that will stop me hunting it down for myself. I *DEMAND* to know what happens next, because this one ends with a cliffhanger I simply can't ignore!

A deadly contagion races through England...

Isabel and her family have nowhere to run from a disease that has killed half of Europe. When the world she knows and loves ends forever, her only weapon is courage.

The Black Death of 1349 was the deadliest plague in human history. All Fall Down is a powerful and inspiring story about survival in the face of real-life horror.