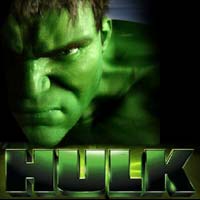 As part of top secret project, the military hires prestigous university students to assist create a cell altering machine called the gammasphere. The leader of the group is arrogant Bruce Banner, mainly complimented by compassionate Betty Ross. When the gammasphere goes wrong, Bruce Banner is afflicted with the ability to turn into a mammoth creature soon dubbed The Hulk, a manifestation of his own inner demons that he mutates into when it is emotionally triggered. A ruined, Jeckyll and Hyde man he may be, but a ruined man may prove to be a heroic one when a villain emerges.

This movie was a complete let down. I don't think there are enough words in the english language to portray how poorly this movie ranks in my opinion. It is definitely one of the worst I've seen, and that is disappointing for me. I had such high hopes. This movie was effectively nothing but some over the top CGI. There was very little about this movie that seemed real, and the plot was incredibly sparse.

That is effectively all that I need to say about that movie. It was a horrible attempt at an origin story, and the following movies have far surpassed it. The Incredible Hulk, lacks the backstory, but is much more fulfilling to watch, with a character that provides much more depth. The Avengers portrayed the Hulk in a humorous fashion, giving him the ability to control himself, and even speak small sentences.

But 'Hulk' was none of the things that were necessary for a great film. Far too cheesy, far too predictable, far too computer generated. I do not recommend this film. It really is not worth the time and effort. Save your time for almost any other film that you can find, because there's a 99.999% chance that it will be an improvement.

(snore) Huh? Wha? Oh, sorry, dozed off there. Where was I? Oh yeah. BOOOOOOOOOoooooooooo!

About the only thing they got right in this film was the choice of lead actor. Drawing that half-wit of an Australian 'comedian' over to the States increased the average IQ of both countries!

The special effects were seamless, but nothing at all specactular. Seen better in TV commercials for pet food! The over-use of CGI and sloppily-built sets made for some good snooze-time for me, and from the comments heard from other audience members, I was not alone in feeling somewhat ripped off.

If you have trouble sleeping at night, hit the PLAY button on this one and you'll sleep like the dead. Other than that, about all this would be good for is testing the theory of magnetic tapes, by stuffing it into the microwave on high power for 5 seconds or so. If you have the DVD, you will at least get a good light-show out of it.

In the year 2047 a group of astronauts are sent to investigate and salvage the long lost starship "Event Horizon". The ship disappeared mysteriously 7 years before on its maiden voyage and with its return comes even more mystery as the crew of the "Lewis and Clark" discover the real truth behind its disappearance and something even more terrifying.