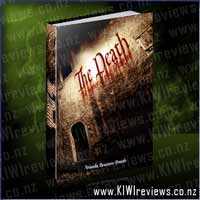 The symptoms are horrific. It kills weak and strong, young and old. It is known by many names. The Plague. The Black Death. The Pestilence.

Why did it happen? Could it happen again? Who would be left to tell the tale?

This book started out really slow. I only kept reading it for the fact it was a review book. However as I got further into the book the storyline gained my attention dramatically. It intrigued me how the Plague was originally identified and how it moved so swiftly between communities and eventually the world.

I don't know why I decided to read this book during our latest outbreak of the Swine Flu Pandemic. I suppose at least we are more medically advanced in this day and age, and thus far there has only been minimal loss of life throughout the world. The book has given me a real-life account of how life was lived during the years 1300CE and the following years.

There are in-depth accounts from people who lived during these Epidemics. Whilst reading these accounts it really made me feel for the people in that time. Some of the victims had a sudden end to their life and others had a prolonged and agonising death.

The book tells of how the Plague, also known as the Death, and Pestilence struck people down. Old and young, rich and poor, Royalty and Commoners, Priests and Monks alike. It showed no mercy and destroyed whole communities and villages.

Back in the era it was considered that God created the Plague and it was how sinners met their end. No matter how many Hail Mary's people said, or how badly people punished themselves for their sins there was no way to save them now, for they all perished.

A quote from the book "Killing Catholics - This year on 11 June were arraigned in the King's bench at Westminster three monks of the Charterhouse in London, and there condemned of high treason against the King and sentenced to be drawn, hanged, disembowelled, beheaded and quartered-" Edward Hall Chronicles - 1535.
Oh how I am glad not to have lived during this Era!

It was discovered that the cause of the Plague was the fleas on rats. Once a rat died, the fleas then jumped to the next closest living thing, either another rat or a human. Both human life and rat lives were destroyed by the Plague. The only true signs that someone had the Plague were the Buboes in the armpits and groin. But the Church's reasoning about Plague was still firmly on the side of Sin.

I don't think this is a book that can be read many times over however I would read it again in a year or two maybe. I found that it has many names that have been forever ingrained in our history because of the research and work that they discovered. There is a detailed Bibliography as well, in case of any other research/information is needed.

Twelve-year-old Artemis Fowl is a millionaire, a genius-and, above all, a criminal mastermind. But even Artemis doesn't know what he's taken on when he kidnaps a fairy, Captain Holly Short of the LEPrecon Unit. These aren't the fairies of bedtime stories; these fairies are armed and dangerous.
Artemis thinks he has them right where he wants themâ¦but then they stop playing by the rules.