ProdID: 2095 - Sins of the Father
Written by Fleur Beale 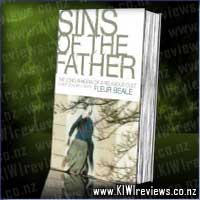 Sins of the Father product reviews

Neville Cooper started out with divine impulses: to preach the Word and bring sinners to God, and to build a Christian utopia on earth.
However, not all his followers could stomach the rule of this charismatic, willful, driven, and self-righteous man. Especially his eldest son Phil.

Fleur Beale, with Phil Cooper and his son Israel, has written their extraordinary story. It begins with Neville's heady, tent-touring days in Australia and New Zealand, where he drew crowds as large as Billy Graham's, to the development of his 400-strong Gloriavale Community on the West Coast of the South Island.

This compelling story takes us from Phil's first shocking realization that his father means to bend him to his will, to Neville's public trial and imprisonment for sexual crimes against his flock.

This is a story of courage and resourcefulness, of hearts broken and those trying to mend. It is a story of power and control, loss and solidarity. It is a story of escape: Phil first runs from his father at fourteen, and again a year later. But each time, he is drawn back to the fold, his will buckling under the 'interrogations' of the community's elders and his own father's threats of renunciation.

Sins of the Father tells how one man's unyielding vision casts a long shadow in which his son, and other 'victims', will always live. Whether in the community or out of it, Phil continues to measure or to pit himself against the monstrous figure of his father. A compelling and intriguing story of human aspiration and folly, of anguish, resolve, and courage.

The Roses of Roazon
Rating: 9.0

With Sins of the Father, Fleur Beale paints an emotionally gripping and incredibly enlightening picture of the difficulty of leaving such an isolated community and the pain of leaving loved ones behind.

An excellent resource for anyone who wonders why people in cults (and other close, pressured social groups or organizations) don't 'just leave' and how they could possibly go back once they are out.

Reading this book was a very personal experience for me, as I was born in a cult modelled very much on Neville Cooper's ideals. My family left when I was seven (about the same age as Israel in this story) and it was an equally strange and harrowing experience, trying to come to terms with such a foreign and alien world outside.

I was much luckier that Phil Cooper's family in that my parents chose to leave together, keeping my brother and I in a safe and loving environment, despite the turmoil around us. But I still found myself reaching an age where I began to question what it had all been about. I couldn't understand how my parents had spent so much of their lives in a place that had caused them such misery.

Reading 'Sins of the Father' made me laugh and cry, but most of all, it helped me understand what my parents had gone through and how hard it had been for them. I have so much more respect for them, for their strength in creating such a normal life for us, and putting those twenty years behind them... just starting again.

I am incredibly grateful to Phil and Israel Cooper for having the courage to tell their story, it has made a big impact on me and I know it will help others understand as well.

I highly recommend this book for everyone. Understanding what it is really like in a cult is to understand peer pressure and manipulation at its most condensed, but everyone experiences these things in their daily life. Phil's story shows that, with courage, you can make your own choices and stand by them, no matter how hard things get.

I am, quite frankly, inspired.