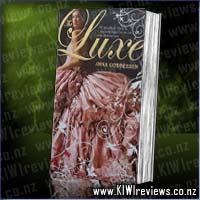 Beautiful sisters Elizabeth and Diana Holland rule Manhattan's social scene. Or so it appears. When the girls discover their status among New York City's elite is far from secure, suddenly everyone--from the backstabbing socialite Penelope Hayes, to the debonair bachelor Henry Schoonmaker, to the spiteful maid Lina Broud--threatens Elizabeth's and Diana's golden future.

With the fate of the Hollands resting on her shoulders, Elizabeth must choose between family duty and true love. But when her carriage overturns near the East River, the girl whose glittering life lit up the city's gossip pages is swallowed by the rough current. As all of New York grieves, some begin to wonder whether life at the top proved too much for this ethereal beauty, or if, perhaps, someone wanted to see Manhattan's most celebrated daughter disappear...

In a world of luxury and deception, where appearance matters above everything and breaking the social code means running the risk of being ostracized forever, five teenagers lead dangerously scandalous lives. This thrilling trip to the age of innocence is anything but innocent.

The Luxe was an interesting enough story. Good enough for me to read the whole thing at any rate. Yet when I got to the end I felt strangely let down... like I had spent several hours of my life that I couldn't get back.

I'm not sure if this is what happens every time one reads a soap opera... I admit I have not read many... but the lives of stuck up rich kids who are imprisoned by their privelage didn't quite interest me as much as I thought it would. I put the book down feeling drained.

The characters were all very dashing, and very, very, shallow. I wished, as I continued to read (praying something would magically become more meaningful), that a character would jump out of the pages and actually come alive. The best character, by far, was Diana - the young rebel sister - but even she just wanted the attentions of her older sister's fiance.

My conclusion, in the end, was that I should stay far, far, away from American historical novels about upper class teenage girls. And I should thank all that is good in this world that I was not born two hundred years ago and doomed to live such a mindless existance.

Marvel's "Captain America: The Winter Soldier" takes place in the aftermath of "Marvel's The Avengers" as Steve Rogers teams up with Natasha Romanoff, a.k.a. Black Widow, to battle a powerful yet shadowy enemy in present-day Washington, D.C.