ProdID: 1708 - The Triumvirate: #1 - The Awakening
Written by Bevan McGuiness 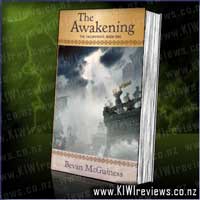 The Triumvirate: #1 - The Awakening product reviews

The first installment of a stunning trilogy about power, decay and the hard path to redemption.

In a remote coastal outpost of the Asan Empire, Hwenfayre is an outsider, taking pleasure only in her beautiful driftwood harp. The harp has extraordinary powers, and when Hwenfayre tries to use it she finds herself in mortal danger.

In the decadent Asan capital, Shanek, the third most important man in the Empire, becomes disturbed by a growing ability to sense the thoughts and feelings of others, while in a quiet village, a young man unleashes forces within himself that compel him to journey into the wider world.

But these strange powers will not be allowed to emerge unchecked, especially when Shanek becomes aware that the Empire's ancient enemy is on the rise once more-

Score: 9.0
Product reviews for listing 5682: The Prince and the Potty -  Author: Nicholas Allan

A jolly escapade through the world of potties, royalty and tiny accidents in this hilarious romp from the bestselling creator of The Queen's Knickers, Nicholas Allan. It's time for the prince to use his potty, so it's off to the Royal Potty Workshop! There are singing potties, potties pulled by corgis, and even super-duper flying Royal Robo-Potties! But it's hard work finding the perfect potty for the job ...especially when disaster strikes. Can the Royal Baby find his own solution? Praise for The Royal Nappy: "Lots of fun." (The Sun).