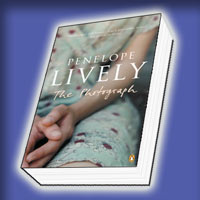 Disclosure StatementFULL DISCLOSURE: A number of units of this product have, at some time, been supplied to KIWIreviews by the company for the purposes of unbiased, independent reviews. No fee was accepted by KIWIreviews or the reviewers themselves - these are genuine, unpaid consumer reviews.
Available:
April 2004

One day, whilst searching in a cupboard, Glyn finds a sealed envelope with the words "Don't Open - Destroy' scrawled on it by his wife, Kath. Compelled by curiosity to ignore her instructions, he breaks the seal to find a photograph showing Kath holding hands with another man.

Suddenly this one act of betrayal - hidden, concealed for many years - obsesses Glyn as he tries to get to the root of Kath's infidelity. But what other lives will be torn apart as he recklessly delves into the past, and what is the truth about Kath?

There Was an Old Lady Who Swallowed a Star
Rating: 8.9

Night of the Perigee Moon
Rating: 10.0

A photo of a husband and wife holding hands in a group photo is found, tucked away, with the words "don't open - destroy" written on the envelope it's in. BUT- the husband and wife aren't married to each other!! Then begins the search into the story behind the photo as Glyn (the husband of Kath - the woman in the photo - and the finder of the photo) is pushed to hunt through every memory of that time for even just a hint of a clue about what had been happening between Kath and her sister's husband. The photographer, along with Kath's sister, and a close friend, are all dragged into the hunt for the answer, and much is revealed about the flighty, fun loving, live-for-the-moment, (and now dead) Kath that answers many other questions along the way.
I found the book extremely difficult to get into, and it didn't have a very smooth "flow" to it, which meant I was forever having to put it down before I got too frustrated with it. But the story caught my interest enough to at least carry on until it was finished, although I certainly wouldn't say I enjoyed it at all, and don't think I'll be in any hurry to try another one of Penelope Lively's books.

Pepper is an old cat. He is used to his normal routine in the house that he rules. That is until a new kitty named Poe comes along and starts messing up everything. This hilarious story reinvents the age old new sibling topic with a furry twist, taking an emotionally heavy subject and masking it with humour.