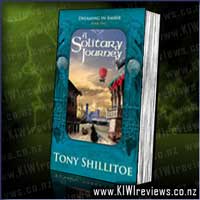 She was smothered in darkness, and nothing touched her senses - but she had a compulsion to go forward. Someone was waiting beyond the darkness, someone who needed her -

Her life torn apart by a sliver of amber, Meg Farmer flees to Summerbrook to marry and raise three children. When an invasion from the north forces Shess into yet another brutal conflict, Meg is wounded and her memory is erased. Now a refugee, she embarks on a journey to discover who she is.

Pursued by mysterious Seers, and tormented by dreams of a trapped soul offering help, Meg brings and enigma from ancient Andrakis into her world. But at what cost?

Tawhirimatea: A Song for Matariki
Rating: 10.0

War rages still, although the tide has changed as Queen Sunset's son, Future now sits on the throne as King, those he had allied with him in his bid for the throne now the enemy determined to steal the Shess Lands from him. Meg has lost everything- her family, her memories- and as she escapes with other refugees, she meets up with those from her past, and slowly her memories begin to form again. Later, Meg is brought face to face with the voice from her dreams, and is eventually led by her dreams once more to the Land of the Dragon People. Will she finally find what she seeks here- along with the peaceful life she craves?? Or will war and with it, death, find her once more?
This book captured me with the same level of intensity as "The Amber Legacy", and I was rather glad to have a weekend alone to fully immerse myself in this enthralling tale of battles and magic. Shillitoe writes well, painting a vivid picture of the world he has created in this series, with detailed battle scenes, and new races such as the Andrakians (or are they a new race?? I will be definitely searching out more of Tony Shillitoe's books, especially The Andrakis Series and The Ashuak Chronicles), and causes the reader to wonder just who Meg Farmer really is!!
A typical fantasy book - with battles, politics, betrayal, magic, loss, friendship - all a must-have in any fantasy book - but definitely worth a crack Nigel, if you enjoy the fantasy genre at all.

Score: 8.0
Product reviews for listing 4771: Guardians of Ga'Hoole: The Rise of a Legend -  Written by: Kathryn Lasky

Far off in the ice-choked land of the Northern Kingdoms, a young screech owl is marked by destiny. He is Ezylryb, an owl who will rise through the ranks of the Killian Army to become the commander of a battalion of snakes. But although Ezylryb is touched by greatness, his battle-filled life is punctuated by tragedy - from the ... more...