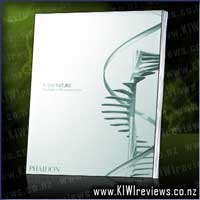 Disclosure StatementFULL DISCLOSURE: A number of units of this product have, at some time, been supplied to KIWIreviews by the company for the purposes of unbiased, independent reviews. No fee was accepted by KIWIreviews or the reviewers themselves - these are genuine, unpaid consumer reviews.
Available:
January 2007

Supernatural presents the work of Ross Lovegrove, one of the most interesting and fascinating of the contemporary designers. His work ranges from furniture to high-tech products, from waterbottles to airplane seats, and explores the creation of sculptural and organic shapes using sophisticated technology and materials.

100 Most Disgusting Things on the Planet
Rating: 8.3

Innovative... Inspirational... Astounding... Revolutionary... All of these words could easily be included in any description of Ross' work. I admit that before getting my hands on this book I had only heard about Ross but had not seen his work in action... at least, not that I was aware of.

Since I got a chance to flick through this golden tome of design concept inspiration I have found myself noticing the form of a thing more, instead of just it's function. There is nothing bad about a beautiful tool, as long as it does it's job... and that is something Ross has discovered and applied to all of his work.

Some of the products showcased in this book that really captured my attention were the "Bone Chair" with it's simple lines, smooth, flowing contours and elegant nature. An exercise in functional minimalism, it really shows that more is not always better. I was also quite taken with the "Solar Seed Nomadic Architecture" unit. A simple, modular structure that is powered by a sun-tracking solar array on it's roof, this small accommodation unit looks like a giant lightbulb with attitude. I love the looks, and the concept behind them. The only thing I am not thrilled about is the fact they are entirely see-through... so if I ever did buy one, I would have to put it down somewhere VERY private.

By far the winner for me is Ross' famous "DNA Staircase"... designed in 2003, this staircase could easily be manufactured in small modular units, allowing it to be assembled to any size required. With one free-standing handrail, and one intrinsic handrail incorporated into the central shaft, petal-like stairs cantilevered out from the central shaft as well, the whole thing looks as though it shouldn't stay standing, yet it does. Highly symbolic of the DNA double helix, it evokes something primal in me.

Honourable mentions go to the "Aluminium Liquid Tables" where the legs look as though they dripped, stalagtite-like, from the underside of the tabletop, not so much holding the table up, as simply having just reached the floor from a floating platform, and the "Ammonite Palmtop Communicator" designed for Apple Corp. A fairly standard palmtop, it was repackaed into a new, hinged shell design case... pretty radical stuff for 1994.

Overall, for those who have a desire to explore newer, better, more intuitive design concepts, or who are doing some form of design study course, even if it's not engineering-based, then this is a book you should at least read, if you can't afford to buy it. There are ideas, dreams, suggestions and concepts embodied in this book that will most definitely give you a nudge in a good direction.

Aeons ago, a super-scientific culture known as 'Angels' had left incomprehensible relics all over the galaxy. Among these phenomena were the Stations, whereby human spacecraft could jump instantly from one part of the galaxy to another. And from them the brilliant Angel technology could be explored and exploited.

One of these stations orbits the planet Kaspar, where the only other known sentient species outside Earth has been ... more...