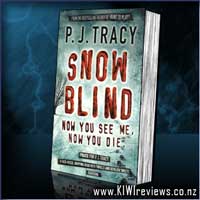 When the first snow falls in Minneapolis, the whole community takes part in a carnival of innocent fun. By noon, the park is full of snowmen.

But when the snow melts, it becomes graphically obvious that somebody's fun wasn't entirely innocent...

Two bodies are found inside the snowmen, and a day later, in a rural northern county, rookie sheriff Iris Rikker makes a similar discovery. Soon Detectives Gino and Magozzi are heading north in the midst of the worst blizzard seen in Minnesota for years to join the two investigations.

But some things should remain buried. And as the cases unravel, it seems the snowmen weren't alone in hiding dark secrets. The old barn next to Sheriff Rikker's isolated farmhouse also appears to have some strange connection to the killings.

Could the ghosts said to haunt the place be real?

Or will the truth turn out to be even more shocking - and far more dangerous...

I want a Hippopotamus for Christmas + CD
Rating: 10.0

The blurb on the book caught my attention and I just had to know what else they would uncover. The answer is rather a lot. At times it seemed like there would never be an answer for why two dead cops would be found in a snowman and others it seemed like they were going off in unrelated directions. One thing that really annoys me about most crime books is that they hint at who the killer is and what the motive is but don't confirm it and this happens here as well, I can understand the reasons for not wanting to persue the issue as the twists get unraveled you can see there is a lot more than dead cops in snowmen going on.

I notice that this is part of a series so obviously I have to read all the other books. The good thing is that the book can be read as a stand alone book as there is not a lot of referring back to previous books, in fact I only realised that it was part of a series when I reached the end and saw the write ups about the other books in the series. I really enjoyed how the author didn't rely on in depth descriptions of gory details. I would recommend this book to adult readers who like suspense as although you think you know what is happening and why you have to read to the end to get the story totally untangled.

I wanna play in the snow... BUT not with the snowmen in this story!!!

Normally I don't like reading novels that are part of a series unless I've started from the start... there are always those little things you don't understand, but I managed to pick this one up and read it without too many frustrating moments that referred back to things from previous novels.

Starting with an intriguing prologue, I was interested to see where this story to go...

The bodies in the snowmen are those of two policemen, so of course the whole police force is out to solve the case. And when another body is found in Dundas County, also linked to law enforcement, the push is on to solve the case.
However, all is not as simple as it seems, as those who may be guilty cover their tracks well, and may have good reason to commit the crimes they do - but they are still crimes.... aren't they?

Interesting, with a few twists and turns, this book was a page turner!

Follow Ruth Paul's colourful dinosaurs as they HOP, STOMP and ROAR their way through the pages of this beautifully illustrated book. On the outward journey the largest dinosaur leads, until they can go no further - then on the way back, it's baby dinosaur who gets to lead the way!

Perfect for littlies with few words, but lots of sounds and 'doing' words for them to act out.