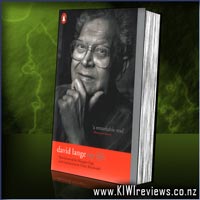 Disclosure StatementFULL DISCLOSURE: A number of units of this product have, at some time, been supplied to KIWIreviews by the company for the purposes of unbiased, independent reviews. No fee was accepted by KIWIreviews or the reviewers themselves - these are genuine, unpaid consumer reviews.
Available:
August 2006

David Lange has had a rich life. As prime minister of New Zealand from 1984 to 1989 he oversaw the transformation of a society and its economy in what is now seen as an historic turning point in the country's development.

But the tensions created by the fourth Labour government's policies also tore the party apart, led to his resignation as leader and split the electorate along new and surprising political fault lines.

In this long-awaited memoir David Lange revists those extraordinary years and brings to life the human dimension and consequences of being at the centre of such dramatic events.

From exhilarating triumph over Muldoon government to championing a nuclear-free policy during the last days of the Cold War, the tragedy of the Rainbow Warrior bombing to titanic battles within cabinet over economic policy, this is a remarkable history as told by a remarkable man.

The story of how the doctor's son from Otahuhu grew up to lead his country and confront the great issues of the day, and of how life after power as well as long battles with various illnesses have affected him, is also a personal and moving account of one man's life, told with all the author's characteristic wit, intelligence and compassion.

Gracie Grabbit and the Tiger
Rating: 7.8

David Lange is a near mythical figure to us pommies. Mainly for standing up to the might of the US with New Zealand's nuclear free stance.
Lange also seems to be remembered fondly by many Kiwis too - though that could just be just the people I talk to who do remember Lange with fondness.

Lange doesn't profess his book to be an accurate and detailed record of his time in parliament, nor does he expect it to be a complete record of his life. It really is just his memoires of the most salient points of his life as he feels them.
What is written is written well. For someone, like myself, who doesn't tend to read biographies or autobiographies I found My Life compulsive reading, and very enjoyable too - far more than many other books I've read recently.

Lange does talk about his meteoric rise through the ranks of the labour party to his Prime Ministership and the events leading up to his resignation and his life after his ministerial career.

This book is very much a candid and open-hearted view through Lange career and well worth a read - either from a political perspective, or from a historical accounts. Unusually for a political autobiography, it is a damned good read.

Friend and traitor. Conqueror and king. Hero and villain. Shane is just a boy, but in order to free his people, he's resolved to do whatever - to become whomever - his mission requires. Conor, Abeke, Meilin and Rollan are four young heroes racing to save the world of Erdas, and their journey has pit them against Shane again and again. But none have learned the truth of the boy who nearly changed the course of history ... more...